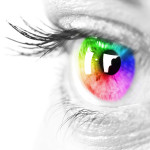 If you are considering LASIK surgery to correct nearsightedness, farsightedness or astigmatism, you might be surprised to learn that you are in great company. Some of the world’s best athletes and beloved celebrities have had their own visual shortcomings corrected with LASIK and experienced the life-changing benefits of the procedure.

English singer, pianist and composer Sir Elton John ditched his wacky glasses in 2002 to have corrective eye surgery. He told the Frank Skinner Show, I am so fed up with ‘Where are {my glasses}?’ I can’t see anything, so why wait? He later auctioned off part of his impressive glasses collection, including a battery-operated pair that lit up and spelled Elton.

LeBron James opted to have LASIK prior to his 2007-2008 season to help preserve his status as one of the best basketball players in the world. Only a few days after surgery with his Beverly Hills ophthalmologist, he was cleared to resume his vigorous pre-season training routine. James was very pleased with the results of his surgery and saw his percentages go up that season.

For years, Woods felt his extreme nearsightedness held him back. He badly wanted to golf without contacts, noting that they were cumbersome and bothered him in windy and rainy weather.

In 1999, Woods had LASIK with a Maryland-based ophthalmologist, and went on to win the first five tour events he played after his surgery. I was apprehensive, just like anyone else would be when their vision is going to be altered, but I was prepared, because I researched everything, and I had a lot of faith in {my LASIK surgeon}, Woods said.

Australian actress Nicole Kidman opened up to Marie Claire magazine in 2007 about having LASIK to correct nearsightedness. She admitted that her faulty vision enabled her to ignore paparazzi and gawking strangers, and the only time she wore glasses was to drive to read a teleprompter at awards shows.

Kidman was delighted by the results of her LASIK surgery. I was walking around legally blind. Now I have 20-20 vision. I can’t believe I spent so many years blurry she said.

The Canadian actor best known for his role as Jason Seaver on Growing Pains underwent LASIK with a San Diego laser eye surgeon. With better vision, Thicke was able to play his favorite sports, including hockey, with his kids. In fact, he was on the hockey rink up until the tragic moment he suffered a heart attack and died last year.

Not only did Kim Kardashian West have her vision corrected with LASIK, but she had the entire surgery filmed for her family’s reality program, Keeping Up with the Kardashians. Kardashian West made a controversial decision to fly to Las Vegas and perform in a cabaret show the day after her surgery; luckily, there were no complications.

If you would like to speak to the Bochner Eye Institute team about LASIK surgery and what it can accomplish in your own life, please call 416-960-2020 and request a consultation.